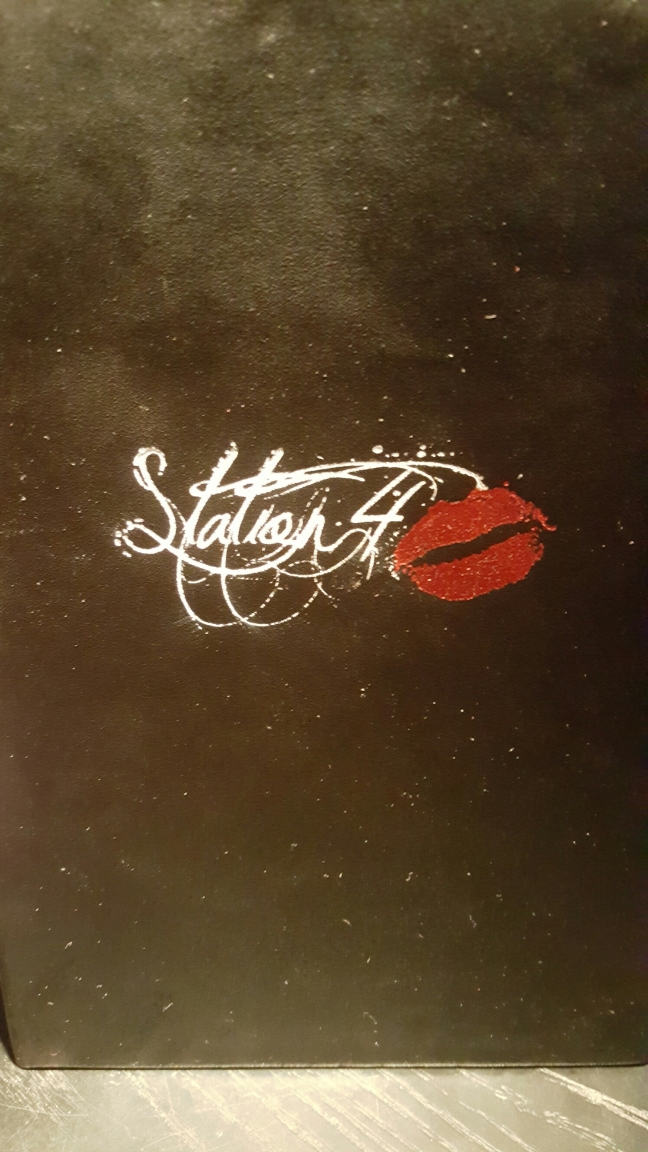 I didn’t go to DC for the culture this time. Unless you count politics as a culture, which I can listen to a case for that. But either way, food is a necessity. My aunt wanted to go to Cantina Marina, a seafood place right on the waterfront. But they were closed for the season. She remembered eating there the day President Obama was inaugurated in 2009 so it was strange they were closed the day after this inauguration. So either it is a new thing (when you Google them it doesn’t mention they are closed for certain months) or they close right after inauguration. I don’t know, but either way, we had to change plans.

A couple blocks further inland, right next to the metro station (hence the name) is Station 4. It was pretty filled with people wearing their pink pussy hats and talking excitedly about the March, but my aunts and I were still able to find a seat in the bar.

My favorite part immediately was that they have an open kitchen. I hated working in one when I was in the industry, but I do love to look in and see all the cooks working in there while I wait for my food. I miss it sometimes, I realize. Not enough to ever want to go back there, but you don’t get that kind of kitchen camaraderie as a security guard. But I also couldn’t stop swearing and making dirty jokes at work so that also led to me wanting a door between the kitchen and customers.

I can’t for the life of me remember the names of the drinks but it’s a small cocktail menu. My aunt got a type of hot toddy-Margarita fusion that was very tasty. I could see myself drinking it by a fire in a cabin, curled up with a murder mystery as I get snowed in for the day. It definitely had the tequila and cointreau tastes but there was also the cinnamon and orange flavors that all just warmed you right up. It was like liquid candy to me.

I also can’t forget about my own drink: the apple jack martini. Again with the amazing doses of cinnamon, which I absolutely love in the wintertime. It just warms you right up. I always go for apple drinks if I can, since it was one of my first favorites.

My favorite was our appetizer: the duck fat fries. I cannot rave about them enough! We got three orders of them after ordering only one to try because they were that damn good. They weren’t greasy at all, but nice and crispy. They had the right amount of seasoning on them as well as a nice amount of herbs thrown on top. Gotta love when there’s some greens on the fries. But the best part? The sauce that they serve on the side. It was like a spicy, vinegary, relishy sauce. It was amazing and I have no idea what it actually was (spicy tartar? I hate tartar sauce so I doubt it…mayo? Again, I hate that but more likely with French fries). Honestly, I have no clue what it was but it was damn good and I could have used it for a ton of other dippers from sliders to soft pretzels. It just had that bar food quality that was super simple and super delicious. 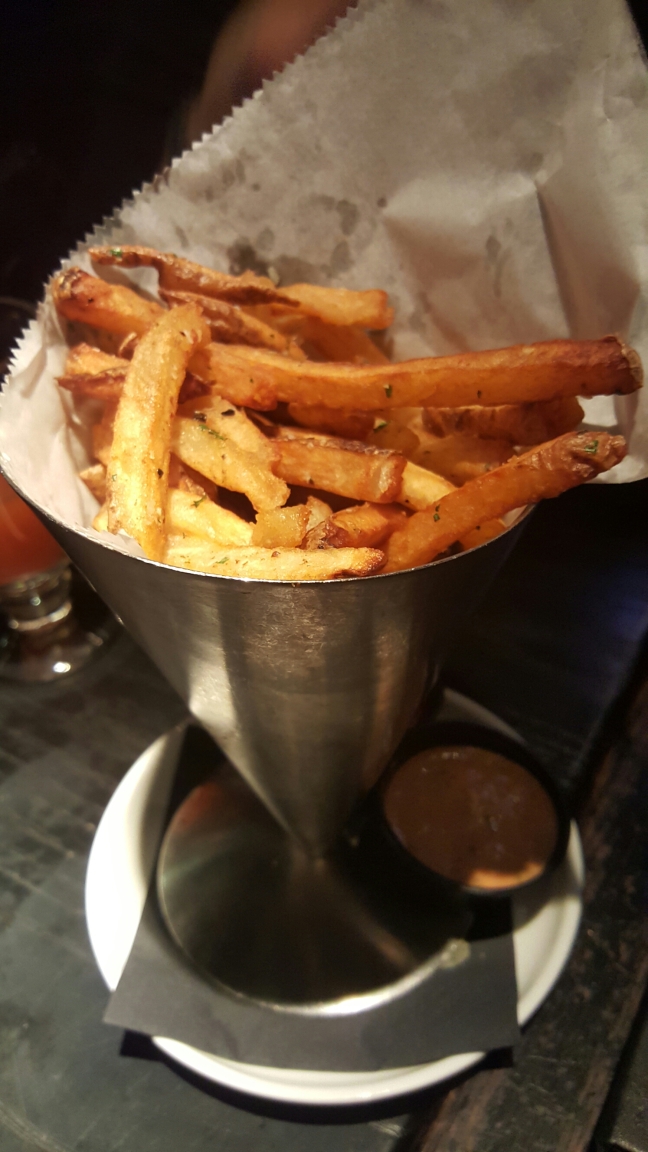 That sauce up there. Man it’s heaven!

The tacos I got (smoked brisket with guacamole and feta) were a little sub par. I really enjoyed them, but they were underseasoned. I think a lot of times people tend not to season the meat when they season other parts (such as salt and cumin and jalapeños in the guacamole) but really that’s a fatal mistake. Unless you’re killing a person with salt, make sure you season season season! And especially with brisket, it can take a good amount of it while cooking. If you’re going to slow cook it like you should, it needs to sit in its juices and absorb all of that beautiful flavor.

However, the guac was very good. They were not overly greasy but they were juicy and easy. I would have preferred them to have some sort of sauce on them like tomatillo or a chili verde to make them spicier.