I spent 3 days in Cork on a layover and decided to venture out to the surrounding areas. Cork is close to many port towns and I decided to start there.

Cobh (pronounced ‘cove’) was the last port of call before the Titanic sank. During this time the city was called Queenstown and has always been a fishing and boat town due to its close proximity to the English Channel; boats often came from England and France and would leave from Queenstown to the US. 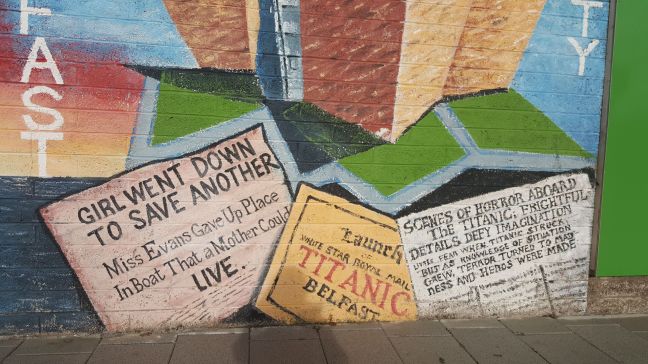 I took the train into Cobh Station which doubles as a heritage center. Outside of it is a statue of Annie Moore with her 2 brothers, the first people admitted into the US through Ellis Island. As a New Englander who descends from Irish immigrants, I felt a sense of pride seeing this statue and learning about a new connection between our countries. And it was not the only connection.

About a 15 minute walk from the train station is the Titanic Memorial Garden. It sits next to Cove Fort on the Harbor. It is a beautiful, well-maintained garden with informative signs and a glass memorial with all the names of those lost in the wreck. Of the 128 who boarded in Queenstown, only 44 survived. The garden also includes a memorial and information sign about the Lusitania, another ship that wrecked a few years later. I talk more about that below with Kinsale.

Along this walk you will see many other nods to the Titanic. There is another memorial plaque in the center. A park with a merry go round and a patio also has a plaque out front.

The coolest to me, however, is a little further down: the actual pier used to board the Titanic still stands. I’m afraid that a fat seagull may make it fall, however, so go quick to see it! 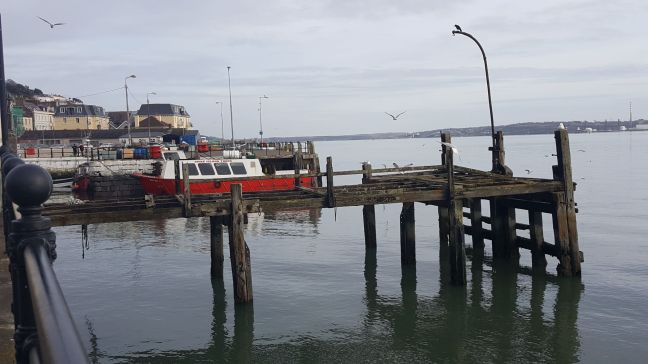 If you have time, also go to the Titanic Experience Museum to get an in depth learning experience of the ship before getting some food on the waterfront.

After paying my respects, I ventured down the steps of the fort. It’s quite overgrown but it makes for some pretty pictures of the water below.

Cobh was insanely cute and is like to go back to explore it a little more. And while I liked it better than Kinsale, my trip there the next day was very enjoyable.

Kinsale is a larger town a little further west of Cork that you can reach in a little over an hour by bus.

The main attraction I wanted to see was Charles Fort. It’s a lovely walk along the water but be prepared, it’s a long one! About 20 minutes with a few hills. Don’t do what I did and go in the evening, there’s not a lot of street lights.

However, once there you can see the whole town across the river and if you get there earlier than I did you can take a tour inside (I really need to learn to wake up earlier). It reminded me of Nubble Light in Maine where I spent summers since I was little: a place to chill and take in the views.

This was part of the reason I didn’t like Kinsale as much: there seems to be a little less to do and it’s all spaced out. Cobh was much more compact and walkable.

Kinsale is another waterfront town and has an interesting history intertwined with Cobh. The Lusitania was a ship that was torpedoed by a German U-boat off the coast of Kinsale. Boats docked in Cobh went out when they heard of it sinking to try and help. All bodies and survivors were eventually brought to Cobh as well. Because there were 128 Americans on the ship (it was coming from New York) this incident is said to be one of the instigators in sending the US to fight in World War I.

Upon reading about the ship the day before I assumed there would be a museum or something about it but I didn’t actually see much in the city. A quick Google search says there’s a museum in another city still further southwest. So I guess another trip out there is in order.

It is, however, a very cute and colorful city and walking around the maze of streets is enjoyable. There’s tons of little shops and cafes to explore.